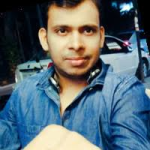 India is home to 21 unicorns , amid the pandemic Razorpay is the sixth unicorn to make it to the list with over $1 billion valuation.

Deal-making has slowed down across the globe amid the pandemic. Specifically in countries that have been severely hit by the COVID-19 outbreak and India has definitely been hit hard.

During the same period Razorpay has caught the opportunity to grow five times with a transaction value approximately $5 billion earlier to $25 billion now.

With the new series D round funding of $100 million, the valuation is up to a little more than $1 billion, making Razorpay the 6th Unicorn startup in India. The other unicorns are fintech startup Paytm, hotel room booking giant OYO, car ride sharing platform Ola Cabs and the recently added online learning platform Unacademy and Pine Labs among others in the list.

The Bengaluru based fintech startup that was founded by two IIT Roorkee graduates Shashank Kumar and Harshil Mathur in 2014. The duo met while studying at IIT Roorkee and decided to startup a fintech business. The online payment gateway was founded to address issues of small businesses and SMEs who found it difficult to accept or make online payments with ease.

Back then in 2014, there were very few fintech startups and merchants had to produce a huge list of documents to setup an online payment processing account. Razorpay aimed to address those issues and venture into the fintech industry in India.

The new round valued the startup at “a little more than $1 billion,” co-founder and chief executive Harshil Mathur told TechCrunch in an interview.

The startup has raised a total of $206 million in funds till date including the current Series D raise. The existing partners Ribbit Capital, Y Combinator, Tiger Global and Matrix Partners have also participated in the round.